Every artist and musician is influenced to varying degrees by their life experiences. Their childhood, educational background and culture all shape their perception of the world and inform the methods by which they respond to it creatively. It may sound harsh, but in the case of performance artist and sculptor Vito Acconci, he was influenced by his experience of growing up with a rather menacing appearance, and responded to experiences of childhood rejection by his peers with performance works based on confrontational and disquieting social gestures.

Prior to his career as a visual artist, Vito Acconci was a poet. Born in the Bronx, New York in 1940, he attended the Holy Cross College in Massachusetts graduating with a degree in writing. After receiving his MFA (also in writing) from the University of Iowa he returned to New York in the late 1960's, where he continued to write poetry and stories.

During this time, he began attending various poetry readings and performance works by the art group Fluxus. Inspired by these more active visual works, and the paintings of Jasper Johns, Vito made the decision to explore more physically engaging and interactive forms of expression.

He made the switch from poetry to performance because, as he has often said, "he did not want to guide people from one side of the page to the other, but from one side of the room to the other." This attitude accurately describes the repellent quality of Vito's directly confrontational performance works that explore the relationship between the artist and the audience as opposed to the audience and art object.

One of his earliest performance works, "Following Piece," took place on the streets of New York rather than in a gallery or performance space. The artist would follow complete strangers around for minutes, or sometimes hours until they entered private buildings. Although Acconci photographed the various incidents, his intention was to document the process rather than create art.

The art was, however, the space he created between himself and his involuntary subjects, and their reaction to his presence. As a form of communication, the "Following Piece" played upon the fears of participants and fueled their discomfort, a theme that continued in many of his early works. Around the same time, Vito did a similar performance in a New York museum, where he would appear each day and stand too close to museum visitors, thus invading their personal space. 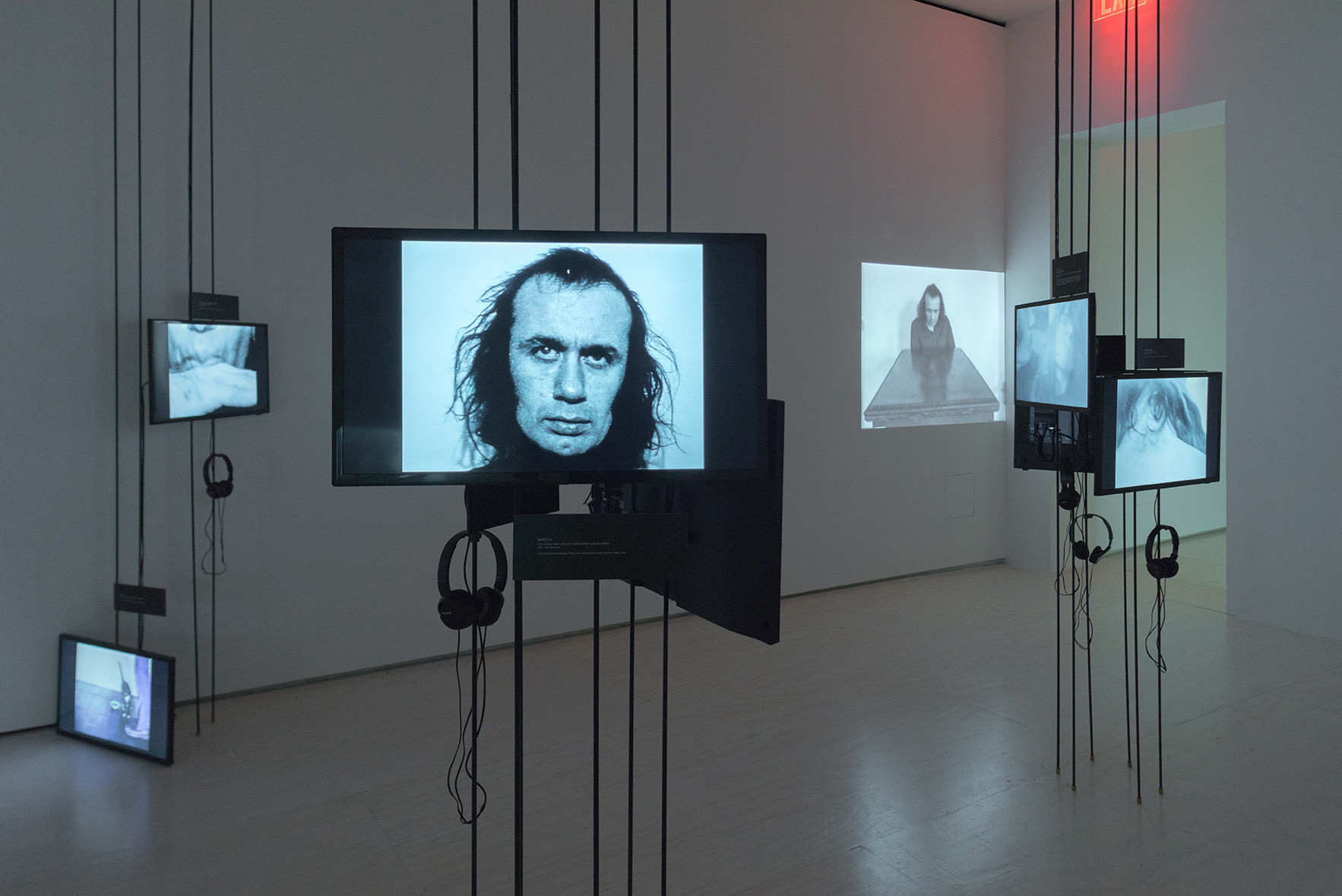 Although some people found this flattering and interesting, others were so shocked upon realizing what they were hearing that they immediately fled. Regardless of reaction, a highly unusual system of communication had been established in that space, and a relationship between the artist and the spectator was forged, although that relationship was often negative.

Many of Vito Acconci's performance works are aggressive, controversial, disturbing, and often masochistic. Whether he was biting himself to the point of drawing blood, or systematically removing the hair surrounding his navel using only his fingers, Vito challenged viewer's comfort level within a more inflammatory art environment. Although many of his works were also intended to be humorous, much of the public was alienated by his explicitly sexual and often violent antics.

He has proposed public sculptures (not built) based on the form of a bra and also a crashing airplane. Although his work is now much milder, he is remembered as a major figure in performance art and an artist who unflinchingly approached sexual subject matter.